Costa Rica. December 2018. As of December 12th, 2018, Costa Rica became the 26th KidZania Metropolis to officially open its doors to children and families. 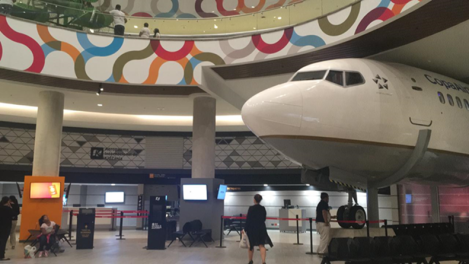 The brand-new facility located at Oxigeno Human Playground in the district of Heredia, near San Jose, will be the first KidZania City in Central America. Furthermore, just like the recently founded KidZania Guadalajara, KidZania Costa Rica will be a small format facility with a footprint of 4,500 m2 that will also incorporate the KidZania 4.0 model, while featuring 75 role-playing activities in 34 establishments and 6 points of sale. 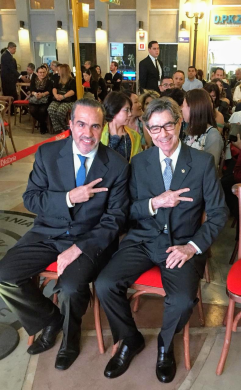 Celebrations for this new facility started on December 11th, at a joyful and moving Foundation Ceremony in which Xavier Lopez Ancona, President of KidZania; Rodrigo Uribe Saenz, CEO of Cuestamoras; and Ms. Rosa Adolio, Costa Rica’s Administrative Vice-Minister of Education shared with the attendees their excitement for welcoming a new Metropolis and bringing the KidZania Concept, a perfect blend between learning and entertainment, to Costa Rica.

On behalf of Cuestamoras, Rodrigo Uribe Saenz, the company’s CEO mentioned: “Without a doubt, KidZania Costa Rica will help to prepare great global citizens! By participating in role-playing activities, boys and girls will learn about different careers within an innovative environment that will help them to gain expertise, think, analyze and ‘learn by doing’”.

The next day, Xavier Lopez Ancona, Rodrigo Uribe, Hernán Martinez, President of Cuestamoras Urbanismo, and representatives of the Ministry of Education as well as several children gathered to cut the opening ribbon at KidZania Costa Rica’s airport to officially welcome families, students, friends, and journalists to this new facility. To conclude the celebration, Zupervisors and a group of kids, joined the RightZKeepers in a special performance to celebrate this milestone and invited all the guests to enjoy this new KidZania City for the first time.

KongratZ KidZania Costa Rica and Get Ready for a Better World!