Operated by MBC PlayBe! –the 7th subsidiary of Munhwa Broadcasting Corporation–, and located on the 4th floor of the Shinsegae Centum City mall, KidZania Busan offers more than 60 different role-playing activities for Korean children living in the Yongnam area.

The experience and knowledge accumulated over the past six years of operation of KidZania Seoul translated into an upgraded version of the KidZania experience offered in KidZania Busan. One of the most eye-catching points of KidZania Busan is that it has new and unique establishments such as: a Race Track, a Sports Broadcasting Center, a Korean Medicine Clinic, a Poster Design Studio, as well as a Boating School where children can experience being a racer, sports broadcaster, baseball player, Korean medicine specialist, movie actor, or boat navigator. 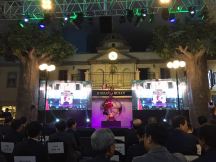 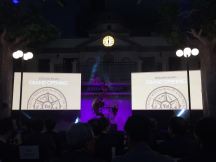 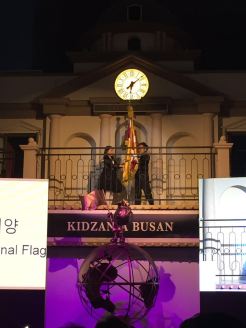 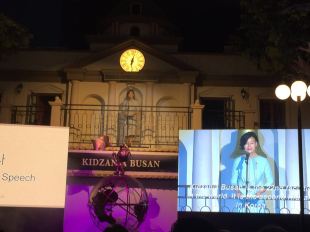 In addition to all this, by making the mini-city’s streets 1.5 times wider than those in KidZania Seoul, KidZania Busan provides a more pleasant environment for its visitors. The main plaza was also designed to care for visitors’ needs, allocating more seating areas.

With a total investment of over $23 million US dollars and affiliating 25 Industry Partners, KidZania Busan extends over 9,900 sqm inside the Shinsegae Centum City mall,  which opened last month in Haeundae, Busan. The mall is connected with the Shinsegae Department Store –the world’s largest! – where visitors can enjoy shopping, leisure, and the global edutainment of KidZania.

Interviewed by The KidZania Journal, Ms. Jean Hyunsook –CEO of MBC PlayBe! and Governor of KidZania Korea– mentioned that: “Children and families that visited KidZania Seoul consisted not only from Seoul or the metropolitan area, but also from other cities and areas around Korea. In order to provide children living far from Seoul the opportunity to experience KidZania, it made sense to build a new city in the Busan area”. Governor Jean added: “Busan is not only the second largest city in Korea, but also one of the country’s most popular tourist destinations. After considering the connectivity, accessibility, and space requirements, Shinsegae Centum City mall was chosen as the best location for Korea’s second KidZania, as it is a located at the heart of shopping and leisure district of Busan”.

Mr. Xavier López Ancona –President of KidZania– shared that: “We are extremely excited and happy with our relationship with MBC, to continue growing with them and to be founding KidZania Busan tonight, the second KidZania metropolis in Korea. KidZania is globally recognized as fun and educational, providing children with a state-of-the-art role-playing experience, in a realistic urban environment. In addition to this, KidZania Busan will also have regional characteristics that will make it unique”, said the visibly emotional entrepreneur.

And he´s right. At KidZania Busan, children will be able to become a Sports Broadcaster or a Baseball Pitcher in the Sports Broadcasting Center, a reflection of Busan’s love towards baseball. The Poster Design Studio, on the other hand, was developed because Busan is the representative city of the “Busan International Film Festival”. Unique also to KidZania Busan is the Korean Medicine Clinic, which will allow children to become Korean Medicine Specialists and learn about medical herbs and health acupressure.

Early this morning, KidZania Busan had its Ribbon-Cutting Ceremony, receiving its first visitors and officially opening to the public. With tickets for children starting at KRW38,000, KidZania Busan expects to receive 370,000 visitors by end of 2016.