MEXICO CITY, Mexico. KidZania Journal. February 17, 2016. (English). –Yesterday, KidZania’s educational and interactive entertainment concept that has reached 18 countries in the world was recognized for the second time in a row with Mexico’s National Quality Award in the Corporate Innovation category. This certification is the maximum distinction given by the Government of Mexico to companies that have become national references in terms of quality, innovation and competitiveness.

The ceremony was led by Mr Enrique Peña Nieto, President of Mexico, at the Adolfo López Mateos conference hall of Los Pinos Official Residence—the official residence and office of the President of Mexico. During the 26th edition of the awards, 14 organizations in 7 categories were recognized. 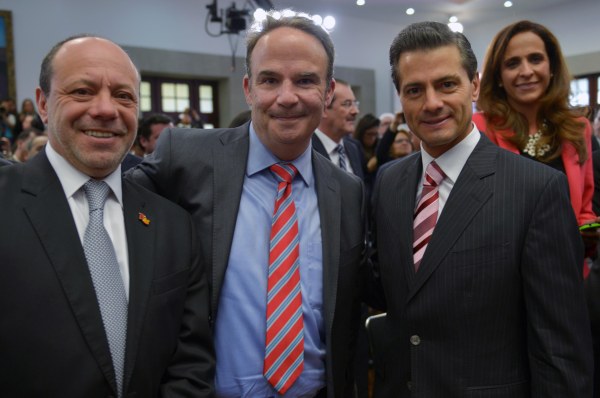 “Being recognized with the National Quality Award allows KidZania to take Mexico to the big leagues, setting the bar high not only for other Mexican companies, but also in other parts of the world. I want to ZanK all of our 9,000+ collaborators across the world for believing in our concept and contributing to our growth with their everyday effort, commitment and passion”, said Xavier López Ancona, President of KidZania.

KidZania was one of the three organizations that were recognized for the second time in a row—in 2011 and 2015—while being also Highly Commended for its Excellence Trajectory, recognizing companies that have maintained their continuous improvement and innovation.

Mr Esteban López Ancona—KidZania co-founder and partner—and Mr Hernán Barbieri—Governor of KidZania Mexico—were extremely honored to represent KidZania and receive the award from President Peña Nieto himself. It’s worth mentioning that all the distinguished companies participated in a high-level evaluation process performed by a team of over 150 corporate competitiveness specialists that comprise the Evaluating Group.

KidZania is one of the fastest growing kid’s hands-on entertainment brands in the world. It is a kids’ city that combines inspiration, fun and learning through realistic role play for children 4-14. Kids independently explore a safe and contained 80,000 square foot kid-sized city with over 60 exciting careers that they can try out as they learn about the inner-workings of a city and the concept of managing money. Each ultra-realistic experience is designed to empower kids, giving them the confidence to be their best selves, and inspiration to be great global citizens. With 21 locations in 18 countries and rapidly growing globally, KidZania is one of the most inventive kid’s edutainment concepts in the world. 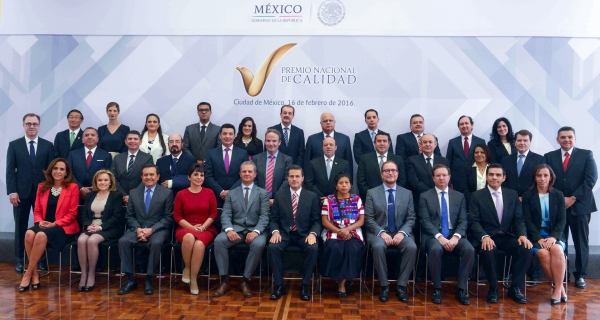 These organizations have become inspiring examples for other companies that look to reach excellence in Mexico; all of them add quality to their strategies, innovation and a high competitive level that puts them in a relevant global position.

KidZania is extremely happy to share this recognition with all its visitors, industry partners, collaborators, business partners, investors and the community, whom share our ideal to Get Ready for a Better World!