MEXICO CITY, Mexico. KidZania Journal. November 5, 2015. –Since the first KidZania metropolis opened in Mexico City back in 1999, our concept has been recognized by renowned institutions, associations and governments from different parts of the world. Here’s the summary of the awards obtained this year:

As President of TripAdvisor for Business, Marc Charron knows how important Certificate of Excellence is: “By putting a spotlight on businesses that are focused on delivering great service to customers, TripAdvisor not only helps drive an improvement to hospitality standards around the world, it also gives businesses both large and small the ability to shine and stand out from the competition.”

Xavier López, President of KidZania, was impressed with the exciting news: “Winning 11 TripAdvisor Certificates of Excellence out of the 16 eligible KidZania metropolises is only a result of how the KidZania concept is so well received all over the world, but more importantly, about the consistency in the quality of the service and the experience our millions of annual visitors receive every time they come to KidZania. My most sincere KongratZ to the teams of KidZania Santa Fe, KidZania Cuicuilco, KidZania Santiago, KidZania Kuwait, KidZania Tokyo, KidZania Koshien, KidZania Dubai, KidZania Mumbai, KidZania Lisboa, KidZania Jakarta and KidZania Bangkok, whose hard work and commitment to make our visitors’ have a Zaz! experience every time they visit us is recognized with these awards. This only proves KidZania’s commitment to excellence.”

On June 3, KidZania Jeddah was bestowed with the “2015 Most Innovative Concept” award in the Retail & Leisure category at the Global RLI Awards held in Dubai. RLI, the World’s only Global Retail & Leisure magazine hosted tonight the Tenth ‘Global RLI Awards’, which once again had all the glitz and glamour that the industry expected from the most highly anticipated event on the global retail and leisure calendar, an evening of recognition and celebration for the most innovative and imaginative retail and leisure concepts across the globe. KidZania as a global company obtained the “Highly Commended” award in the Global Leisure Operator category. 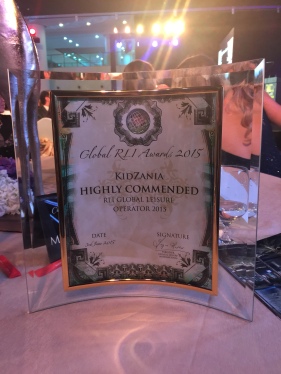 Representing KidZania, Andrew Darrow said: “World industry leaders in retail, leisure, development and design all joined in a single illustrious affair to recognize the best in the business in the setting of a first class event. KidZania truly set the entertainment industry apart when it first launched in Mexico City back in 1999. It has done it again with KidZania Jeddah, which is the first over-100 employee company in Saudi Arabia that is 100% staffed by women. Bit by bit, KidZania is really preparing global children to get ready for a better world”.

On October 16, during a gala dinner at the beautiful “Tlaquepaque Historical House”, the Mexican Institute for Best Corporate Practices recognized KidZania and its president and founder for their Business Trajectory.

The recognition, which celebrated its third year, acknowledged KidZania for its outstanding trajectory, leadership and commitment to positively improve the societies and environments where the Mexican edutainment company operates. 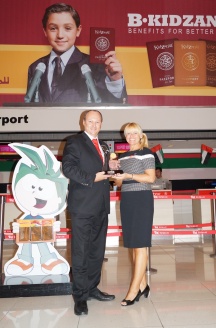 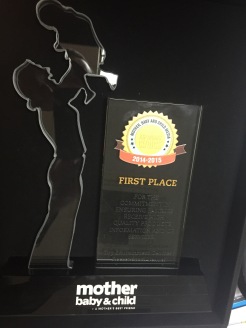 Two days later, on October 27, at the Winter Garden lounge of the new HSBC tower building in Mexico City, the United Kingdom Trade & Investment office in Mexico recognized KidZania among the Mexican companies that successfully operate in the United Kingdom.

These awards –bestowed for the first time ever– acknowledge the effort of Mexican companies that have started business in the UK. The gala ceremony had the presence of Mr. Duncan Taylor –Ambassador of the UK to Mexico– who personally gave the recognition to Mr. Xavier López Ancona, president and founder of KidZania.

Last but not least, on November 5, KidZania was recognized as a “Best Mexican Company”, obtaining the Golden Recognition for being one of the very few obtaining the award for the fifth time in a row. The “Best Mexican Company” Awards honor Mexican medium-sized private corporations for their outstanding business management, becoming a benchmark for remarkable best business practices and processes.