ISTANBUL, Turkey. KidZania Journal. April 29, 2014. (English). –KidZania Istanbul was founded today, making it the 13th country and 16th location where kids are completely in charge of their destiny as they navigate a kid-sized city and test drive careers of every kind – from doctor to secret agent to professional soccer player. To date, KidZania has hosted more than 31 million children at its edutainment locations that span the world from Dubai to Chile and Thailand to Portugal.

Built on an unwavering commitment to help children realize their full potential in a fun and educational context, KidZania Istanbul boasts more than 67 establishments that provide 90 real-world careers to deliver the brand’s signature role-playing experience. Kids ages 3-14 will discover an ultra-realistic, kid-sized replica of a city, built indoors and brought to life with real-world establishments sponsored and branded by leading multi-national and local brands. KidZania Istanbul will provide a unique opportunity for Turkish children and guests from around the world to experience life as adults, working together to run the city, while simultaneously learning the values of leadership and teamwork.

“The opening of our 16th metropolis exemplifies how families from around the world have embraced the KidZania concept – a progressive and interactive role-play experience that challenges, inspires and readies kids to create a better world,” said Xavier López Ancona, president and founder of KidZania. “We celebrate both the meteoric growth of our company as well as the diverse and vibrant culture of Istanbul.”

KidZania Istanbul is located on the Asian side of the city, close to the Bosphorus Bridge at the newly-built Akasya Yeni Nesil Yaşam Kompleksi. Inhabited for 3,000 years, Istanbul is a unique city, both for its geography and history that spans both Europe and Asia, Christianity and Islam, and a diversity of people. Istanbul’s population is estimated between 12 and 19 million, making it one of the largest European cities and one of the most colorful with both a thriving cultural and financial center that draws tourists from around the world.

The architecture of this particular KidZania stands out in its circular shape with over 9,420 square meters with 67 globally significant establishments including a bank, hospital, culinary school, driving school, security company and even a secret agent task force. Plus, kids can choose from more than 90 role-playing careers that include doctor, reporter, pilot, actor, car designer or even a professional climber! As with each location, Istanbul offers culturally relevant role-playing career opportunities with its archeological site, museum and a quintessential Turkish bazaar.

“We are honored and delighted to join the ever-growing KidZania nation, where children can imagine a better world and become global citizens through their experiences at our park,” said Lara Sayinsoy, governor of KidZania Turkey. “Combining active learning and fun into dynamic role-playing opportunities, our one-of-a-kind experience at KidZania Istanbul will empower, enrich the self-esteem, and bolster the leadership skills of Turkish children and young guests visiting from around the globe.” 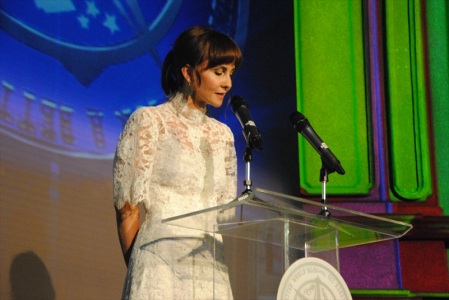 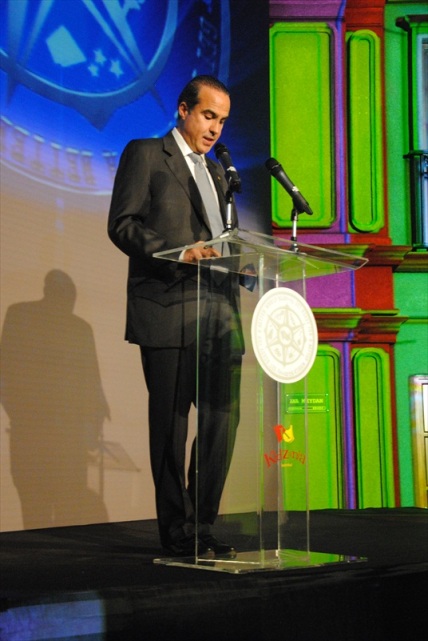 Mr. Xavier López -President of KidZania- during his speech

A choir of children singing the Spirit of a Nation, KidZania’s National Anthem 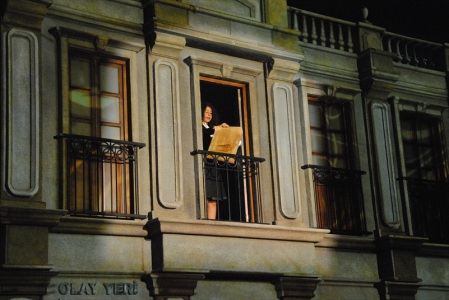 Surprising the audience, a kid read out loud KidZania’s Declaration of Independence 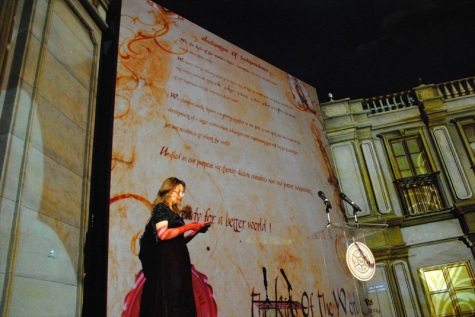 A huge projection of the Declaration of Independence was displayed at the Central Plaza of KidZania Istanbul. 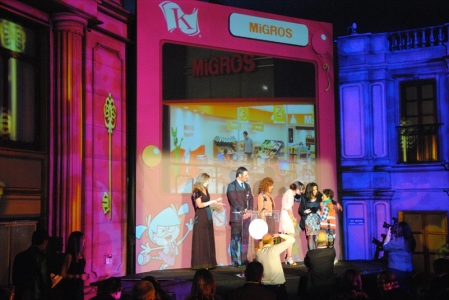 Kids dressed in role-play uniforms gave the “Key to the City” to all the Industry Partner representatives. 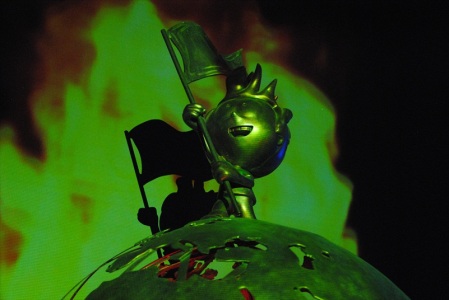 The 16th Eternal Spirit was lit today at KidZania Istanbul. 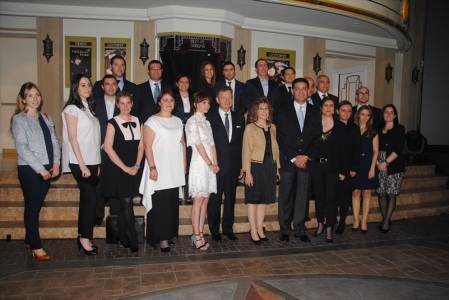 Representatives of the 28 industry partners and 1 co-sponsor of KidZania Istanbul. 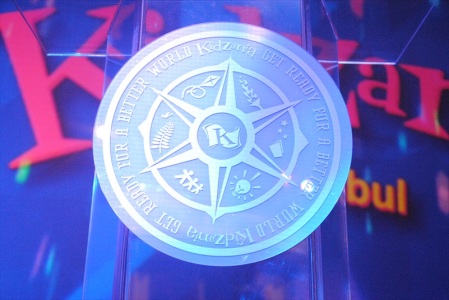 Get Ready for a Better World! 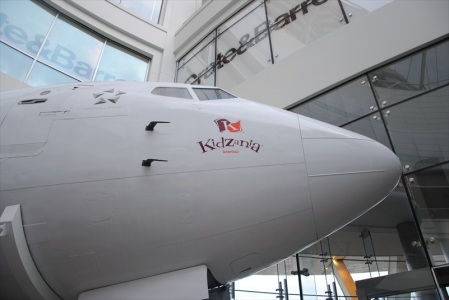 An airplane fuselage guards the entrance to KidZania Istanbul 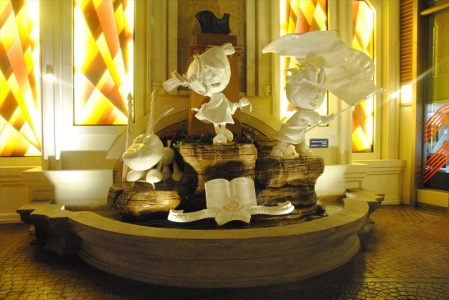