MEXICO CITY, Mexico. KidZania Journal. August 29, 2013 (English). –KidZania, the fastest growing kid’s hands-on entertainment brand, recognized globally for its unique blend of education and fun, expands its footprint to India with the opening of KidZania Mumbai. This represents the 14th interactive kids’ city in 14 years, inviting more kids around the world to be inspired with fun and engaged in learning through realistic role play. KidZania India joins a community that spans the globe with locations in Chile, Egypt, Indonesia, Japan, Kuwait, Malaysia, Mexico, Portugal, South Korea, Thailand and the United Arab Emirates.

“With the opening of KidZania Mumbai, we celebrate a major corporate achievement –our 14th city in our 14th year of operation– now located in what is predicted to grow into the largest city in the world by 2020,” said Xavier López Ancona, president and founder of KidZania. “This represents a meteoric growth of our company and illustrates how families from around the world have embraced the KidZania concept –a progressive and interactive role-play experience that challenges, inspires and readies kids to create a better world.”

Mr. Xavier López, President of KidZania, during the inaugural speech of KidZania Mumbai.

Bollywood superstar and co-promoter of KidZania Mumbai, Shah Rukh Khan, first experienced KidZania Dubai with his family.  Captivated by his own children’s experience, he was determined to bring KidZania to India. Together with KidZ Inc. Pte. Ltd, as shareholder, imagiNation  Edutainment India was incorporated, and is the franchisee holder of KidZania India.  “I am proud to be part of the team that brought KidZania to India, as I know it will make a difference to the children here.” 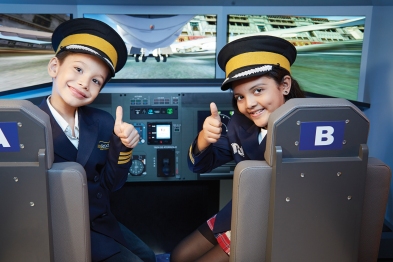 Young pilots get prepared for their next flight training 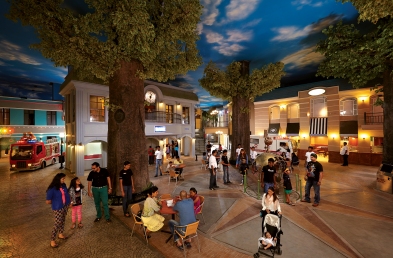 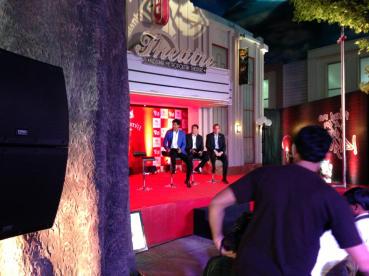 During his inaugural speech, SRK said: “I’m elated to see KidZania open in India and proud to be part of such an empowering concept. It is my belief that KidZania will be the new destination for Indian parents to send their kids to learn and have fun together. India is ready for an edutainment concept like KidZania and I’m hopeful that it will provide new opportunities to the kids to shape their future.

“We are proud to join this globally successful edutainment company that will empower future generations of India to be their best self,” said Sanjeev Kumar, Governor and chief executive officer, KidZania Mumbai. “At KidZania Mumbai, we endeavor to promote change and encourage global citizenship among our children through an experience that is hands-on, engaging, educational, and most importantly, fun.”By blending reality with entertainment, KidZania provides an authentic and powerful developmental experience, preparing kids to understand and manage their world. Through each activity, kids learn about how society functions, financial literacy, adult professions, team work, independence, self-esteem and real-life skills

KidZania, Inc., headquartered in Mexico, is privately held. This award-winning concept is recognized globally for its unique blend of entertainment and education for children. Launched in 1999, there are currently 14 KidZania attractions in 11 different countries. Plus, there are another 10 locations under development in places like the United Kingdom, United States, Egypt, Brazil, and more. KidZania is the only company to have earned the award “Most Innovative Retail & Leisure Concept 2013” by Retail & Leisure International (RLI) for five consecutive years. For more information about KidZania, visit www.KidZania.com, on Facebook at www.facebook.com/KidZaniaOfficial, or on Twitter as @KidZania.

2 responses to “KidZania Expands Global Footprint to India with KidZania Mumbai, Its 14th Location in 14 Years”