KidZania Kuwait welcomes kids into its interactive kid sized city teeming with more than 80 real-world career choices and destinations. This indoor replica of a real-life, city, paved with streets and recognizable establishments and brands invites children ages 4-14 to take on leadership roles, manage finances and work together to run the city, making it the area’s premier play and learn education destination.

“With the launch of KidZania Kuwait, we welcome our 13th interactive city –bringing exceptional opportunities for growth and inspiration to millions of children around the world,” said Xavier López Ancona, president and founder of KidZania. “Our presence in Kuwait affords a brand new opportunity to inspire kids through authentic experiences that build imagination, confidence and community in an entertaining environment that caters exclusively to them.”

Located in The Avenues Mall, Kuwait’s largest and most-visited shopping and leisure destination, KidZania Kuwait greets young visitors with a 7,000 square meter kid-sized city where they can choose from real-world careers ranging from doctors and engineers to chefs and TV reporters, and interact with 82 city establishments including the airport, bank, city hall, hospital, petrochemical lab, cupcake factory, electronics service center, and restaurants. 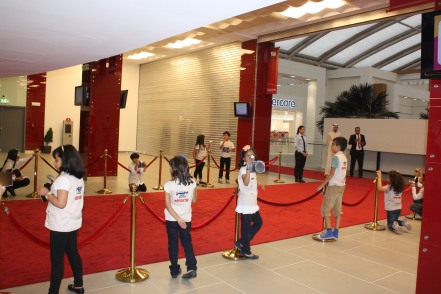 Kid journalists awaiting the arrival of guests at the red carpet.

“Kuwaiti families are especially excited about the opening of KidZania Kuwait –a one-of-kind  indoor destination where children can escape the heat and role-play new careers in a realistic city setting that promotes active learning and fun,” said Fernando Medroa, Vice President of Leisure and Entertainment of M.H. Alshaya Co. and CEO of KidZania Kuwait. “Additionally, KidZania Kuwait opens another window to the world where Kuwaiti children can connect and collaborate with kids from around the globe.” 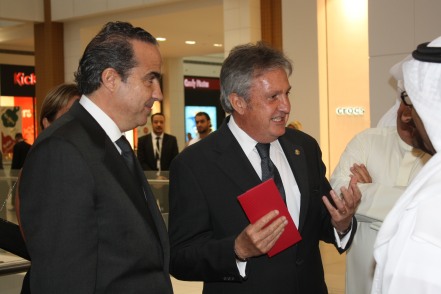 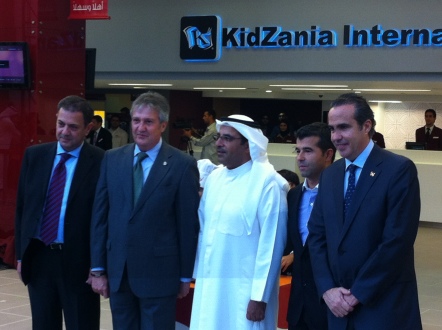 Mexico and Kuwait shake hands for a better future.

In related news, KidZania Cuicuilco (located in Mexico) was named “Most Innovative Retail & Leisure Concept 2013” by Retail & Leisure International (RLI). Celebrating the most outstanding contribution to retail and leisure conceptualization over the past year, KidZania is the only company to have won RLI awards for five consecutive years.

KidZania, Inc., headquartered in Mexico, is privately held. This award-winning concept is recognized globally for its unique blend of entertainment and education for children. Launched in 1999, there are currently 13 KidZania attractions in 10 different countries. Plus, there are another 12 locations under development in places like the United Kingdom, India, Brazil, Cairo, and more. For more information about KidZania, visit www.KidZania.com, on Facebook at www. facebook.com/KidZaniaOfficial, and on Instagram  or Twitter as @KidZania.