MEXICO CITY, Mexico. KidZania Journal. November 22, 2012. (English). -KidZania Mexico received today the 2012 Altruism Award by the State of Mexico. The annual awards are organized by State of Mexico’s Ministry of Social Development to recognize institutions and companies whose deeds and actions benefit the society. 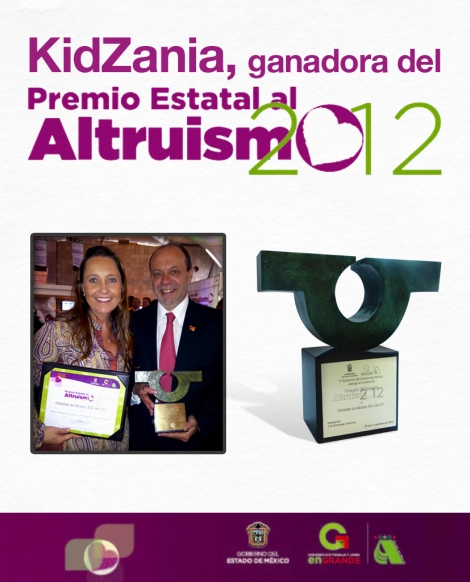 KidZania Mexico was awarded with the 2012 Altruism Award

KidZania Mexico obtained this year’s award under the “Donor Company” category, after participating with institutions and NGOs that aid Mexican children letting them experience KidZania, as well as helping collect toys for the kids these associations support.

Other winners of the award were: